CHRISTMAS: God Is at Work

In the Christmas season, our thoughts are drawn to the birth account that Luke provides in Luke 2:1-7. Reading this passage, we should think of what God is doing in our world, and how He has worked in the past. Some believe that God created the world, and really hasn’t been involved since that time. Some wonder where God is in times of tragedy or discouragement. H.G. Wells, the famous author and atheist, wrote, “God is an ever absent help in time of trouble.” But what does the Bible say? Is God doing anything now? 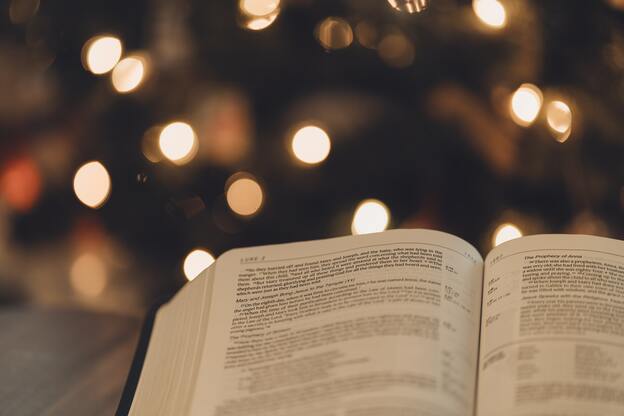 Colossians 1:17 says, “And he [Jesus Christ] is before all things, and by him all things consist.” That means that Jesus, beyond being a mere baby in manger, is the very means by which the universe is sustained. But more particularly, the Bible teaches that in Christ and His incarnation, God was actively at work on our behalf.

He became one of us. In Christ, God joined us as a human being. He took on human flesh, and took it on forever. He became…a man. He cried, He sweated, He slept, He experienced the whole range of human emotions and reactions. Hebrews 4:15 says that He even was tempted. Jesus, uniquely could say, “Been there…done that.”

God intervenes at times in tremendous ways – even supernaturally. In the Exodus from Egypt, God set plagues to punish the Egyptians, He parted the waters of the Red Sea, He sent manna from Heaven, and parted the Jordan River. In Elijah’s day, God literally sent fire from Heaven to show that He was indeed God. when Jesus came, He healed the sick, He raised the dead, He stilled the storm. He died, and He rose again. God is still at work today.

God works in us and through believing Christians. Ephesians 2:10 tells us that He is enabling us to do the things we were designed to do for His glory. When a Christian isn’t glorifying God, we aren’t doing what we were created to do. But God calls each Christian to reflect Him in a life of holiness, worship, service, and evangelism.

God works to direct us through life. You aren’t alone in this world. In human history, God has worked in and through men to bring about His purpose and plan. He directed Noah to construct a boat. He told Abraham to head to the Promised Land. He instructed Moses to lead the Israelites out of Egypt. He gave King Solomon specific instructions for the Jerusalem Temple. He moved Joseph to flee to Egypt before Herod’s minions could kill the newborn Saviour. He directed Wise Men to follow a star. He brought angels and shepherds together. God is at work today, converting people from a life of sin and disaster, to a life useful in the greatest degree.

That is what Christmas means. Have you trusted Christ as your Saviour?