How Much Government Do We Need? 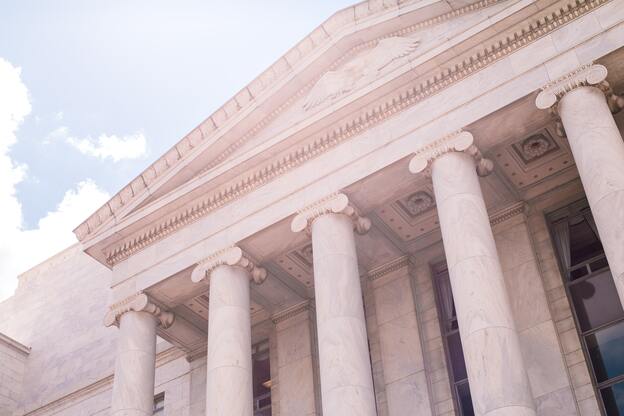 Recently, our government announced that they are hiring 87,000 more IRS agents. I don’t know how many IRS agents we have or how many we need. This new announcement sparks a simple question, HOW BIG SHOULD A GOVERNMENT BE?!

Currently our government employs 2.1 million civilian workers in addition to all our elected officials. I also know that my youngest son worked for a large firm after he graduated from college. The firm does a lot of consulting work for the government. That firm is one of four large firms which employ thousands of people. Wow, that is a big government.

After studying the Bible, I have developed a real respect for the government of ancient Israel that was established by God in the Old Testament. We have such a great detailed history of Israel including their forms of government. I often thought that it was a failure because ultimately the nation was exiled, but as our young (less than 250 years) government seems oversized and shaky, I have a different opinion.

During the time of the judges, the government of Israel consisted of a judge and the instructions given to Moses, with the Ten Commandments being the closest thing to a constitution. I know that Israel was a nation of God’s chosen people who had a covenant with God. They did not separate their faith and covenant from their daily lives and governance. They brought the 10% for the Levites and the required sacrifices to the tabernacle but had no other taxes. Just imagine 10% taxes!

I always thought this form of government didn’t work, but I changed my mind. After almost every judge that God sent there was peace for 40 years. There was peace after Othniel, Ehud (80 years), Shamgar, Deborah, Gideon, Tola, Jair, Jephthah, Samson, and Samuel. When Israel remained true to their covenant with God, there was peace. No large, massive government structure was needed. Amazing. What was at the heart of this structure that allowed Israel to function?

Wow, so simple. Let’s focus our energies on sharing the love of God with the people around us. Teach them to love the Lord their God. Show His love by loving our neighbors as ourselves. Evangelize! Make disciples!

Big Government is not the solution to our problems. These two commandments are.