Our Common Sense and Ukrainian Justice

Our Common Sense and Ukrainian Justice

As I write this, Russian troops are destroying Ukraine. Last night, March 2nd, I watched as doctors failed to revive a little girl the same age as my granddaughter. The images of this war shock, sadden, and anger us.

Every person I’ve spoken to has responded in similar ways. There is a common sense of injustice by a dictator determined to conquer an undeserving people.

Americans are not alone in disgust over Putin’s brutality. All over the world people are protesting this unprovoked wholesale slaughter of human beings.

From Berlin to Israel, people are incensed. Even in Russia, protestors are opposing their own leader. Most every person on earth is repulsed by what is unfolding.

Atheists sometimes seize such opportunities to highlight the supposed absence of a Higher Power. How could God allow such things? Why doesn’t He intervene to save innocent men, women, and children? Such questions are appropriate and demand good answers.

Although incomplete, let me offer a few.

The fact that most people everywhere are infuriated by Putin’s actions indicates a common sense of justice. Even without a universal religion, all people know intuitively that such actions are wrong. This is a strong argument that God has embedded within every human a strong sense of morality. If there were no God, nothing could truly be right or wrong, and Putin’s sense of fairness could not be adjudged any less valid than anyone else’s. He just sees things differently. Our hearts cry out, “A thousand times, No!”

In addition, people worldwide are inspired by the courage of the Ukrainians. This too speaks of a universal common sense of valor. From their President to their old women, these people have incredible mettle. Although the color is on their flag, there’s not a yellow streak in them.

Atheists sometimes boast that they will never believe anything they cannot see. Although courage and justice cannot be photographed, their existence is obvious to every thinking person. Love itself can never be seen and yet it is motivating millions to help those who are suffering.

If Darwin’s theory were true, there would be no outpouring of assistance and support. Even non-Ukrainians are rushing to fight the Russians for no personal benefit. Sharing resources with and defending people we will never meet contradicts the selfish “survival of the fittest” mantra of evolution.

It’s also important not to confuse God’s roles with our own. Although God can and sometimes does miraculously intervene in world history, He often allows people to exercise their freewill, whether it takes the lives of our neighbors or those of a nation.

He also expects us to take actions that might prevent others from slaughtering our fellowmen. I’m praying that God will grant special wisdom to our leaders, and that they will use it.

Much more could be said than space permits, but as we watch these horrendous events unfold, please pray for the preservation of life, liberty, and property, and that we all would know and do what God desires. 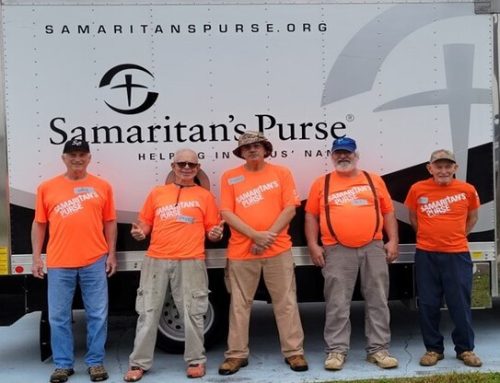