The Message of the Shepherds 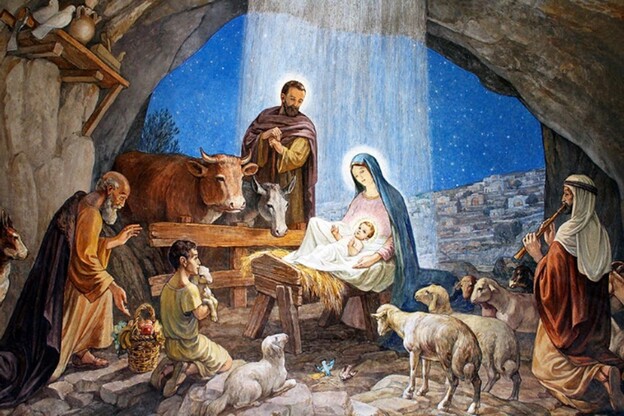 “And [the shepherds] came with haste and found Mary and Joseph, and the Babe lying in a manger. Now when they had seen Him, they made widely known the saying which was told them concerning this Child. And all those who heard it marveled at those things which were told them by the shepherds.” Luke 2:16-18

Christmas Day is past. We had a wonderful opportunity to contemplate the baby in the manger. In our mind’s we’ve heard the angel’s announcement on the hillside, we’ve seen the humble birthplace, we’ve heard the cattle lowing (if the song is accurate), and our hearts have generally been refreshed with that familiar nativity scene.

So, what are you doing about the message of Christmas today?

We don’t often contemplate the shepherds beyond recognizing that they were the first to hear of the arrival of the Messiah. We see the shepherds as a demonstration of God’s grace and of His upside-down way of doing things. Shepherds were pretty low on the social ladder. They were certainly not the ones we would expect to be the first people to hear such important news. But God announced it to them first, and we rejoice in His grace in doing so. That’s often where we stop in our consideration of the shepherds.

But there is one more thing this earthy, rag-tag bunch of fellows can teach us. After seeing everything which had been revealed to them, they immediately told others. Luke 2:20 puts it this way. “Then the shepherds returned, glorifying and praising God for all the things that they had heard and seen, as it was told them.”

They returned to their regular work. But they were never the same. They told people. Lots of people. Everyone they saw on their way back to the fields must have heard the story. Maybe they even took the long route back to the sheep so that they could tell more people. I suspect these shepherds told this story for the rest of their lives. They had seen the Messiah, the One for whom Israel had been waiting for generations. Their lives were changed, and they naturally wanted everyone else to know.

Is that our response? We have heard the joyful news of “peace on earth, good will toward men.” We have understood our own need for forgiveness of sin. We have received, by faith, God’s gift of eternal life. But does anyone else know what God has done in us and for us? Have we taken up our regular responsibilities at home, at work, and at school in such a way that our lives glorify God? Have we told anyone of this “good news of great joy that shall be for all people?”

As we head back to our regular responsibilities, let’s determine to be like the shepherds. Let’s glorify God for what He has done, and let’s tell others the good news.