The Scariest Story of All 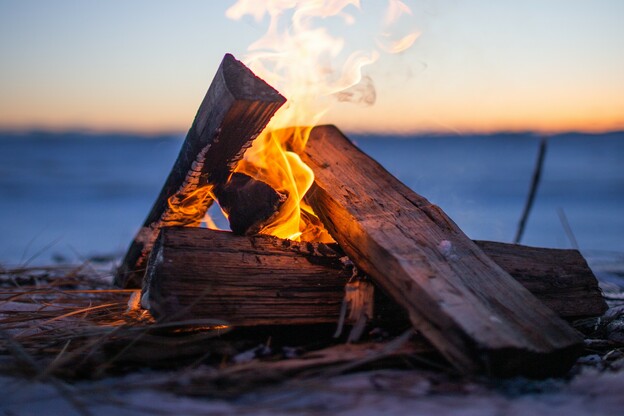 With today being Halloween, we are reminded of frightening stories told around campfires, but few authors mastered horror like Alfred Hitchcock.

In his screenplay Final Escape, he portrayed a woman sent to prison for murder. To escape, she strikes a deal with the mortician.

When the bell tolls for the next death, she is to sneak into the coffin with the corpse. The mortician would then bury it only to return to dig her out so she could pay for his surgery.

Not long after the plan is hatched, she hears the bell. She sneaks to the morgue, climbs into coffin, is carted out and buried.

After too much time passes lying with a dead person, she strikes a match to discover she has been buried with the deceased undertaker. Her fate was sealed with one totally powerless to deliver her. Her final escape did not turn out the way she planned.

Sadly, this story depicts accurately the fate of all who fail to trust in Jesus. Many people put their hopes in schemes to cheat death. Some look to their good works while others trust religious leaders long dead. A few pay handsomely to be frozen believing they will be brought to life when cures are discovered.

All types of elaborate plans are concocted, sold, and bought in efforts to escape the inevitable truths of their own deaths and God’s judgment. But these two realities await every soul and each must face the consequences they bring with them.

When we trust someone to get us out of our grave, we’d better make sure they can deliver. Being buried with anyone other than Jesus will result in being trapped forever with our fates sealed with someone incapable of conquering death.

The reality of an eternity of suffering should be even scarier to us than any horror movie. Unlike the fiction baked into these, hell is real and awaits all who refuse to receive the free gift Jesus died to provide.

Each Sunday we celebrate the resurrection of the only One who conquered death and escaped His grave never to return! He was seen alive by many reliable witnesses including over 500 people at one time. There is more solid evidence for Jesus’ resurrection than most events in all our history books, and each person owes it to themselves to examine the facts seriously and make their own decision.

The last thing anyone would want would be to be buried with a dead person who could provide no help. Thankfully, we have a Risen Savior who is mighty to save even from the deepest grave and He has offered joyful resurrection and life eternal to all who will repent of and confess their sins and receive the everlasting gift His shed blood provides.

As we experience another Halloween with all its morbid decorations, may it remind us of our own mortality and the importance of trusting in One who can get us out of our graves and into eternal bliss.