Which Thief Are We?

Last week we celebrated Easter, the death and resurrection of our Lord and Savior. How much did we talk about the two thieves crucified with Him? Let’s consider these two guys for a moment and see how their characters are similar to ours. 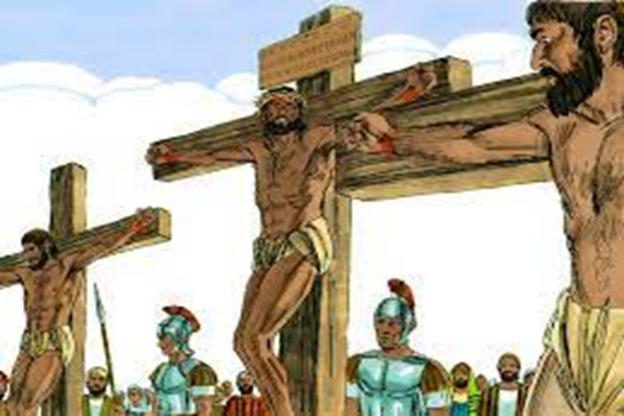 First, the arrogant thief says to Jesus, “Are you not the Christ? Save yourself and us!” What a picture of a spiritually destitute, worldly man. He was totally indifferent to the fact that he was suffering “the due reward for his deeds.” To him, right and wrong, praise and blame are of no interest. His one objective is to save his earthly skin. He might have actually believed that Jesus is the Messiah, and as the sign over His head said, “King of the Jews.” The attitude of his heart was unchanged even at the point of death. This thief had no spirit of brokenness, or humility. He was a user who could only see Jesus as a means to escape the cross. How many people do you and I know like this?

Now, how about the humble thief? It seems that at first, he too was railing on Jesus and throwing insults at Him. Then something happened to him. He changed. When Jesus said in Luke 23:34 “Father forgive them for they know not what they do,” (referring to those who were crucifying Him), this could have been the moment of change for this man’s heart. He later rebuked the arrogant thief by saying, “Do you not fear God”. This meant that God was real to him, and that the pot cannot take up arms against the potter and come out victorious. Secondly, the penitent thief admitted he had done wrong, “We are receiving the due rewards for our deeds.” (v41) He had no desire to save face any more. Third, not only did he admit to wrong and guilt, he accepted his punishment as deserved. “We are under the sentence of condemnation justly.” He passed the real test of humility before God. Fourth, he acknowledged Jesus’ righteousness by saying “This man has done nothing wrong.” By saying this, he admitted that Jesus did only what is good, speaking the truth.

And last but not in any way the least for the humble thief, he acknowledged that Jesus truly was the King of Kings of our life after death when he said, “Remember me when you come in to your Kingdom.” Then Jesus said the most beautiful words anyone could hear from our Lord. “Today you shall be with me in Paradise.”

Now for you and me, where are we with this? Which thief’s heart do we possess? Are we like the arrogant thief? Are we looking for God to be there for us and take care of us in all of our trials because He owes us? Or, are we like the humble thief who submitted to the Lordship of the King, seeking His saving grace with a penitent heart?