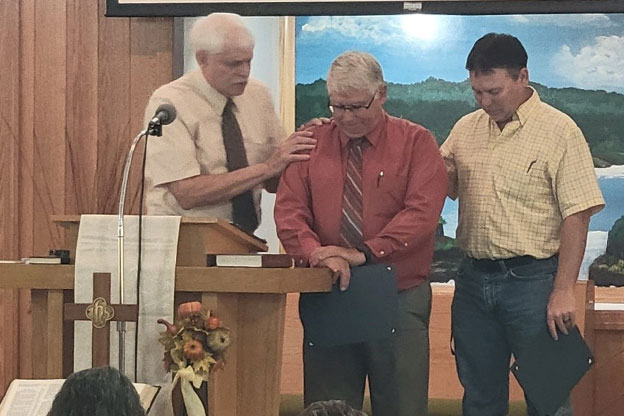 On October 10th another new church and pastor were added to the Covenant Brethren Church family. The Brake congregation in Petersburg, WV was formerly presented with their Covenant agreement and at the same time Craig Howard, the pastor there was presented with his CBC ordination. It was a special day for the Brake congregation as they turned a new page in the life of the church. The covenant agreement was received by board chair Chad Vance who joined Grover Duling, CBC Executive Committee President, in offering a prayer of blessing over Pastor Craig and the Brake Congregation. The church looks forward to taking its place in the Central Allegheny Region and the Covenant Brethren Church denomination as it continues to grow and move forward with the message of the Gospel.

A few weeks later another church and pastor were also added to CBC. The Knobley congregation from Burlington, WV was presented with their Covenant Agreement. Roger Leatherman, the pastor there was excited about what this meant for Knobley and the people were celebrating the moment with the presenter, Grover Duling, as they look forward to what their association with CBC is going to mean for them. Also, Roger was most pleased with his ordination in CBC. As more pictures become available for this and other ceremonies, we will post them. 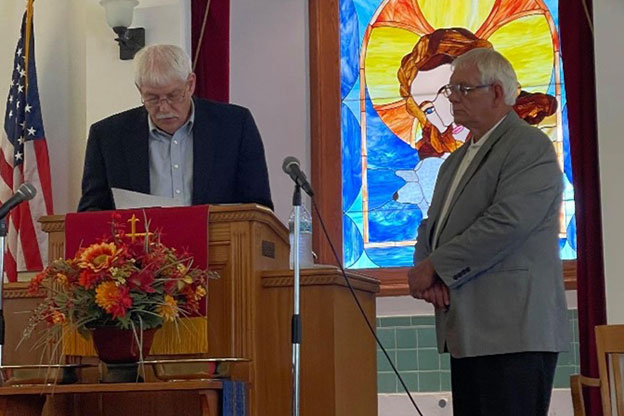 There are at present several other churches going through the process of joining CBC while there are still more asking for information. CBC stands ready to share information with any church that may request it at any time. Just contact the office at (304) 534-8010. Christy Cosner, our office administrator, will pass the request on to the proper individuals and arrangements will be made for a visit or whatever is needed.